I’ve read “Daddy” by Sylvia Plath in other classes before, and it’s always very interesting to me. The speaker has some kind of Electra complex going on, since she marries a guy who’s just like her father. The speaker describes herself as a victim in relation to both men. With her father, she compares herself as a Jew and her father to a Nazi. Pretty extreme metaphor. She also creates a contrast with colors, describing her father as “black” and herself as “red.” Her husband she compares to a vampire, saying that he “drank [her] blood for a year, seven years” (73-74). Also a pretty extreme metaphor. Because of her bad experiences with men, she generalized that “every woman adores a Fascist” (48), but I’m not sure whether she meant this seriously or sarcastically.

I also find it interesting that she refers to her father as a variety of terrible things – A Nazi, a devil, a vampire – but it isn’t until the very last line that she refers to him simply as a bastard. It’s as if she is using these exaggerated descriptions to vent her frustrations regarding her father, and at the end of the poem, she is finally able to describe him more honestly and simplistically. I’m wondering if she always felt this way about her father, or if she came to this realization about him gradually. After all, she tried to kill herself when she was twenty so she could be with him again, but now she is metaphorically “killing” him. Interesting.

In “Diving into the Wreck” the speaker emphasizes a sense of loneliness – “but here alone” (12), “there is no one to tell me when the ocean will begin” (31-33), “I have to learn alone” (40-41). She described the war-like qualities of her scuba gear: the “knife-blade”, and the “body armor”. She also conveys an obligation to complete this task, by saying that she is having to do this. From all this, I’m getting the sense that although she doesn’t really want to do this scuba diving thing, she’s doing it anyway out of some unspoken duty.

A line that stood out to me in this poem is “you breathe differently down here” (51). This is the first time in the poem that “you” is used, and I am wondering who this “you” is referring to. A little later, the speaker seems to be going through an identity-split: “I am she: I am he” (77) and “We are, I am, you are” (86). What’s going on here? Is the speaker trying to include other voices within her own voice? Hmm. 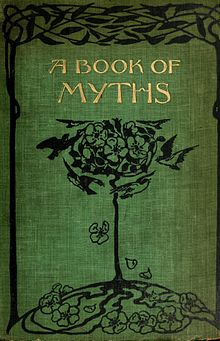